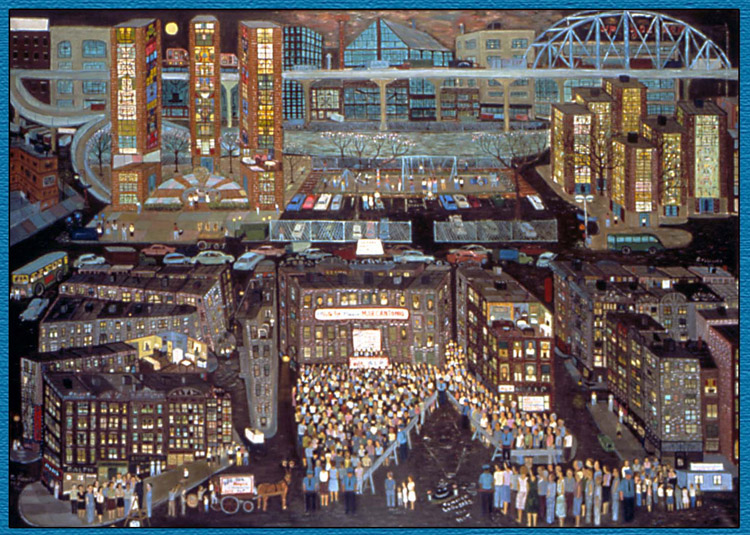 In contrast to the mood of the crowd and speakers at Lucky Corner, the painting opens up to show a wide swath of New York City—both tenements and high rises-going about its daily business. “I wanted to show that the city goes on anyway,” Fasanella recalled, thus making the city itself the subject of the painting. As in many of his works, even the most important and dynamic individuals are dwarfed-and defined—by the rhythm and scale of the urban environment.