New York city garment workers produced 37 percent of the nation’s ready-to-wear clothing in 1900, and many of these men and women were immigrants living and working in neighborhoods near Union Square. The peak of employment in the industry was in 1947 when 350,000 people worked in the industry. Toward the turn of the 21st century, the apparel industry is once again a gateway job for new immigrants, and there has been a resurgence of sweatshops. Garment unions are again organizing against these sweatshop conditions. The city remains a fashion capital of the world, and this plaque evokes the skills and tools at its heart.

Spools of thread in a diamond grid shelf were a common sight in garment shops throughout the century. 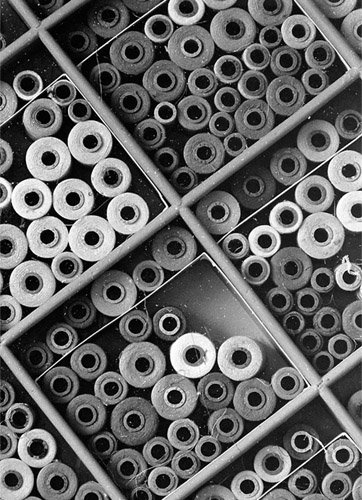 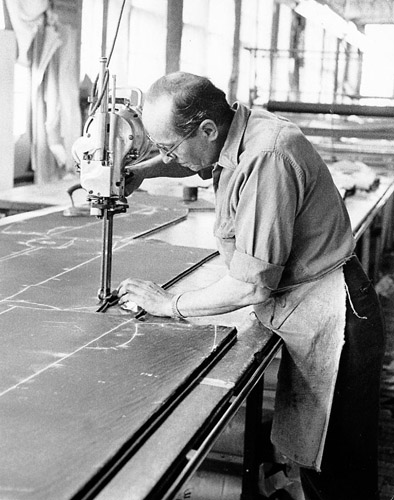 Cutters, who cut many layers of fabric at a time into the pieces of a pattern, were–and still are–among the most skilled workers in the garment industry. 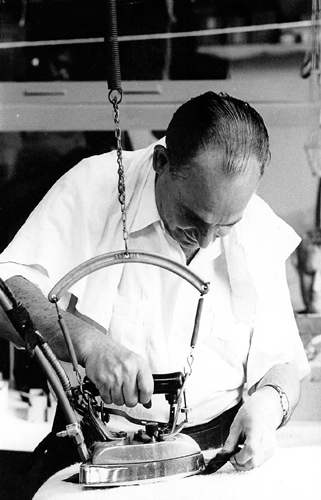 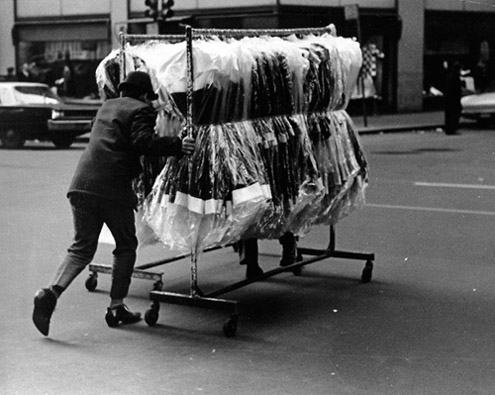 A worker pushes a rack of new clothes. 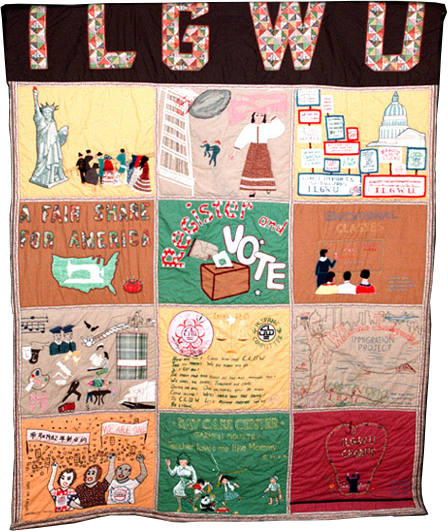