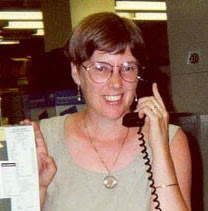 The Bernhardt Prize is an award of $1,000 given for an article that furthers the understanding of the history of working people, presented at the annual Bernhardt Labor Journalism Forum. The event and the prize honor the vision of the late Debra E. Bernhardt, who worked in so many different realms to share the hidden histories of working people.

THE 2022 WINNER is Molly Crabapple for the article “How the Taxi Workers Won,” The Nation and the Economic Hardship Reporting Project, 12/13/21.

Contest guidelines for 2022 were: Articles must be focused on historical events OR focused on current issues (work, housing, organizing, health, education) and include historical context. The article must be published in print or online between August 31, 2021 and August 30, 2022. The prize is given to insightful work that contributes to the understanding of labor history; shows creativity; demonstrates excellence in writing; and adheres to the highest journalistic standards of accuracy. Only one entry per person; publications and subject matter should target the United States and Canada; neither books nor plays are eligible.

We are guided by the vision of the late Debra E. Bernhardt, who worked in so many different realms to share the hidden histories of working people. As head of the Wagner Labor Archives she reached out to an astonishing number of people and organizations, to document undocumented stories and unrecognized contributions, and to make links between past and present. The LaborArts project is dedicated to Bernhardt, and the online exhibit “Making History Personal” explores her work.

See the new paperback edition of the book that features many of the materials she brought to the Robert F. Wagner Labor Archives – Ordinary People, Extraordinary Lives – A Pictorial History of Working People in New York City.

Jaeah Lee received the 2018-19 Award for “The Real Cost of Working in the House of Mouse,” Topic Magazine (online), September 2018. She was a featured speaker at the 2019 Bernhardt Labor Journalism Forum on October 16, 2019, Labor Journalism – The Next Generation, with Kim Kelly (Teen Vogue) and Alex Pres (Jacobin); Sonia Bloom spoke about Bernhardt.

Toni Gilpin received the 2017-18 Award for “A Louisville Union Built Its Strength as Blacks, Whites Took on International Harvester,” in Louisville Weekly, August 30, 2017. She received the prize at the Bernhardt Labor Journalism Forum on October 16, 2018 – “2018 – The Year of the Teachers Strikes” with investigative journalists Micah Uetricht (Jacobin, In These Times) and Tom Robbins (CUNY); Keri Amanda Myers spoke about Bernhardt.

The 2015-2016 winner was Chloe Kent, for her article “The Women of New York’s Bravest” in Enchantress magazine, May 2016. The award was announced at a forum at NYU’s Tamiment Library on October 13, 2016. Columnist and broadcast journalist Juan Gonzalez joined historian Kimberly Phillips-Fein for a discussion about using history to improve reporting on current labor issues, with Tom Robbins returning as moderator; Jon Bloom spoke about Bernhardt.

The 2014-2015 prize was awarded on October 15, 2015 to David Kameras and Emily Harris for their May, 2014 article in the United Mine Workers Journal: “From Tragedy to Triumph – 100 Years Later, Workers Benefit from Ludlow’s Legacy.” The presentation was held at NYU’s Tamiment Library, following a program moderated by Tom Robbins, Investigative Journalist in Residence, Graduate School of Journalism, CUNY; with panelists Esther Kaplan, Editor, The Investigative Fund at The Nation Institute; and Richard Steier, Editor, The Chief-Leader; Alex Bloom spoke about Bernhardt.