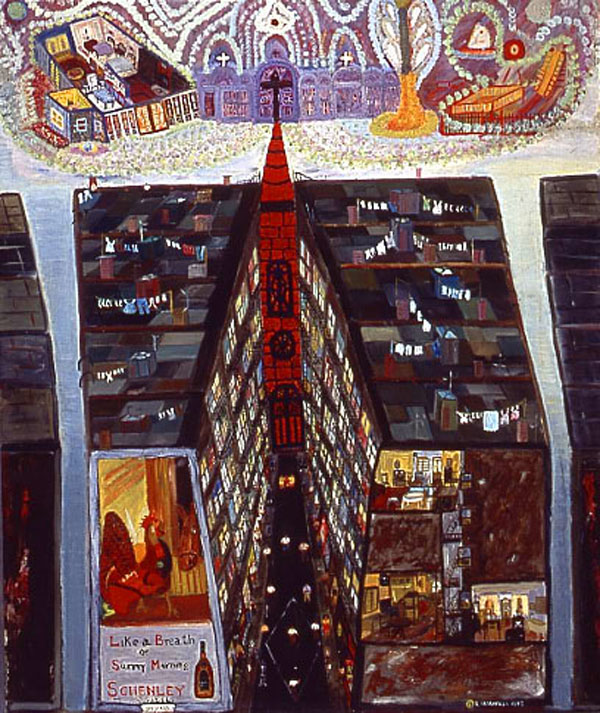 Pie in the Sky

In this early painting, Pie in the Sky, Fasanella expresses his view of organized religion. He cleverly inserts a pointed message for postwar American society by juxtaposing a lively tenement neighborhood with a fanciful heaven. Here, he portrays a theme to which he would return in later paintings of unfavorably comparing the empty life of the suburbs with the teeming vitality of the city tenements. Thus, by showing heaven as a realm of luxurious houses, he equates the hope for a better existence in the afterlife with the dream of a home in the suburbs. By the time this painting was completed in 1947, the “baby boomers” were in the ascendant and the migration to the suburbs had begun. Fasanella viewed this as a consummation scarcely to be desired