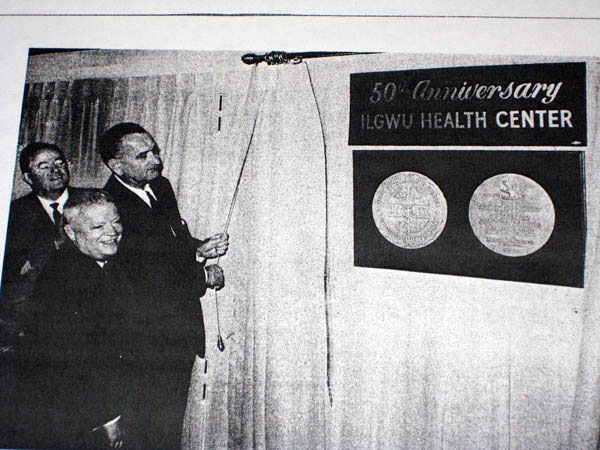 If you were president of a union and the president of the United States came to help celebrate your union health center’s 50th anniversary, wouldn’t you be smiling? That’s exactly what ILGWU President David Dubinsky is doing as he welcomes President Lyndon B. Johnson to the anniversary celebration in 1963. The ILGWU has won national—and even international—acclaim for its pioneering efforts in workers’ health care.