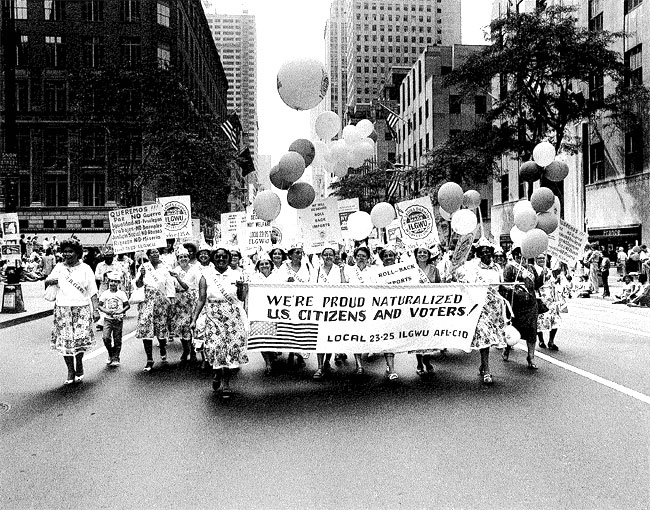 Local 23–25 contingent in a Labor Day Parade celebrating newly naturalized and registered voters. Throughout the second half of the twentieth century the ILGWU assisted immigrant workers with classes in English, and citizenship, and with legal support as well.

Activists within the union pushed the leaders to support immigrant rights, and as part of the Committee for the Protection of the Foreign Born got involved in lobbying Congress for immigrant rights, and particularly for amnesty—an issue still before Congress today. The ILGWU was also the first union to officially sponsor an internal program to provide legal services to immigrants (in 1983)—recognizing that these services effectively supported organizing efforts.