Hubert Humphrey speaks at a members’ rally at the ILGWU’S “Lucky corner,” 1964. 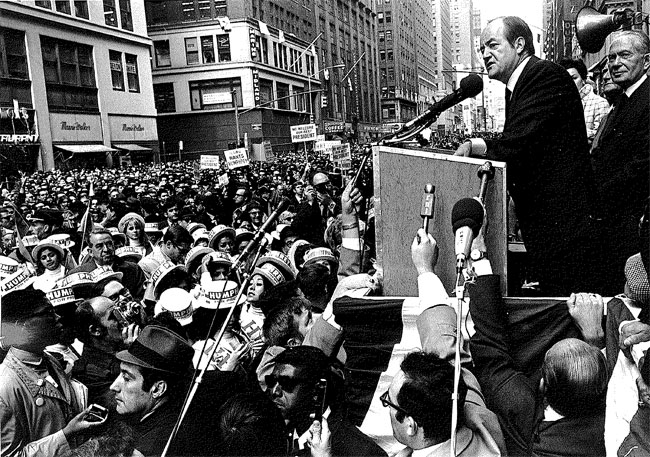 Photograph by Gerry Soalt for Justice.

Through its years of political activity, the ILGWU developed a special relationship with the corner of 39th Street and Seventh Avenue in New York City’s garment center. In every significant campaign, noontime meetings were arranged on that corner and the crowds overflowed into the surrounding streets. An example shown here is soon to be elected Vice President Hubert Humphrey addressing the crowd during a pre-election rally, with union president Louis Stulberg sharing the dias.