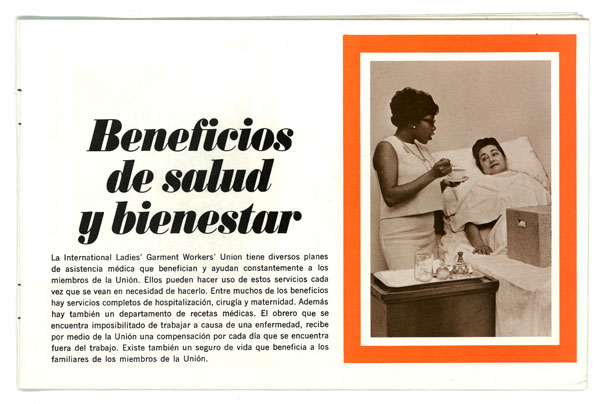 The story of the ILGWU’s efforts to organize Spanish-speaking immigrants in New York, Los Angeles and other parts of the country is a complicated one. In Los Angeles, starting in the 1950s, garment workers were largely Hispanic; as far as organization was concerned, the next twenty years or so were relatively quiet. However, during the late 1970s, the union started to reinvent itself, as organizers—some of them immigrants themselves—broke new ground “talking union” to immigrant workers. We highlight here the story of one woman who played an important role in this drive.

Cristina Vasquez arrived in Los Angeles from Ecuador in 1971, along with her mother and her older sister. With her sister’s sponsorship and after having studied English intensively, she got her Green Card. She was then able to get a job as a trimmer in a garment shop. Her experiences in Ecuador had already given her a sense of union-consciousness since her family had relied heavily on the union wages and benefits her father had earned. She participated in an ILGWU organizing drive that was underway at the time and soon helped support a strike when it was called in the factory. However, when the strike was settled, she was again haunted by the fact that her desk job left her outside the union’s bargaining unit.

After working in several other garment shops—and being fired each time she started to organize—Vasquez finally got a job with the union, hired in 1976 by Phil Russo, then the ILGWU’s local director of organizing. 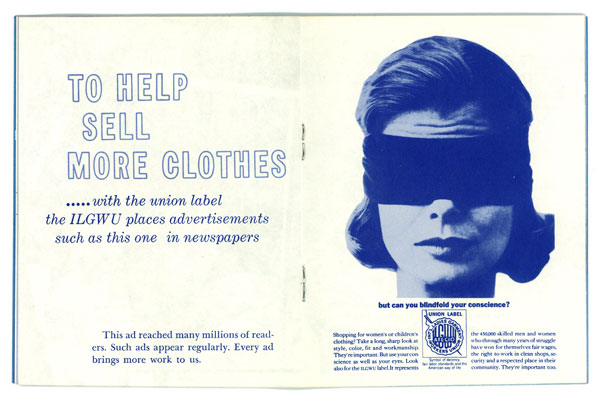 Vasquez and her Hispanic colleagues brought with them a host of new ideas about organizing, ideas that defied the expectations of union leaders both in Los Angeles and elsewhere in the country. These leaders all shared the common belief of the day—that immigrants did not dare to join unions, either because of their fear of deportation or because they were grateful for the low wages they received, which were still much higher than wages in their home countries.

Among the innovative techniques used in this drive were leaflets, posters, cartoons, caricatures, and comic strips—all bilingual and all specific to the situation in Los Angeles. It was not until later that Vasquez and friends discovered that leaflets in many languages were used in early 20th century organizing efforts in New York.

We have included here a small sample of bilingual organizing materials used by Vasquez and her fellow organizers in the intense organizing drive among Spanish-speaking immigrants in Los Angeles in the late 1970s.

See our resource page for more information on the story of garment workers in Los Angeles.