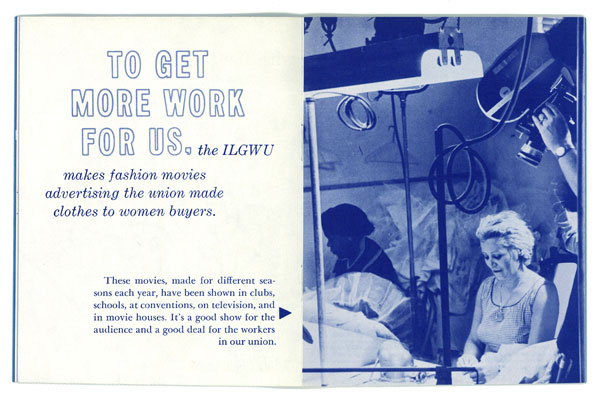 Page from an ILGWU booklet entitled “Here’s How to Sell What We Sew,” describing among other things the movies made by the union’s union label department in order to advertise union made clothes to women buyers. The movies are described as being made for different seasons each year, and are said to be shown in clubs, schools, at conventions, on television and in movie houses.