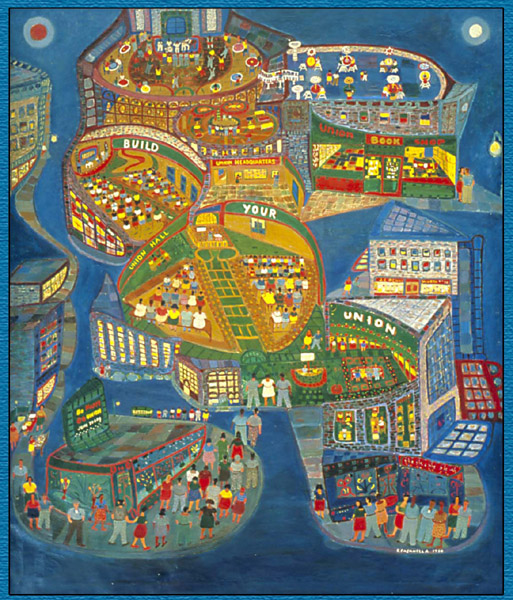 In the late 1940s Fasanella exhibited works at several union halls, particularly those unions the artist felt were progressive. He especially admired the Distributive Workers Union, Local 65 for its rank-and-file approach to organizing and its interest in providing workers with cultural outlets. He exhibited his work at the union’s headquarters and dedicated this painting to it.

Fasanella dedicated this painting, to the vibrant and successful Local 65. The picture is a coherent statement of what the artist thought a trade union should be. In an extraordinary organic and fluid composition, Fasanella depicts workers flocking to the union hall to socialize, see musical and theatrical performances, and buy books. In order to win over and maintain a vital, productive community of workers, Fasanella felt strongly that unions had to provide cultural and educational opportunities, “something for the brain as well as the belly.”