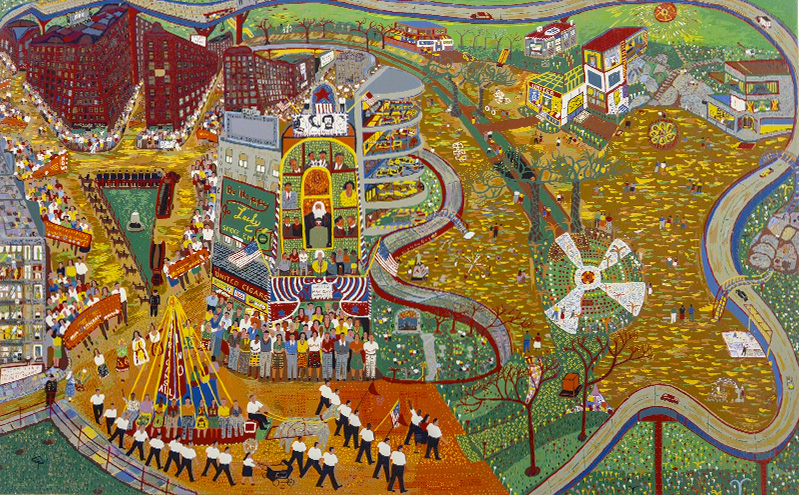 May Day represents Fasanella’s attempt to capture the spirit of the workers’ movements of the 1930s, focusing upon the huge May Day parades that annually drew up to 200,000 demonstrators to Union Square in New York City. At the left, marchers pour out of the crowded streets and tenements and descend upon New York’s Union Square. Their large banners proclaim support for organized labor and racial unity under the the overarching causes of peace and democracy and against war and fascism. At the head of the parade is a magnificent horse-drawn float, complete with May Pole and women in ethnic costumes. The marchers pass a reviewing stand with a backdrop that serves as a shrine to labor heroes. Across a colorful bed of flowers lies the artist’s utopian vision at the right. It is a place where workers, liberated from the burden of twelve- and sixteen-hour workdays, have the freedom to pursue cultural and recreational activities.