The settlement reached in the 1909 shirtwaist makers strike improved conditions in some garment shops, but not in the Triangle Shirtwaist Factory, located 8 blocks south of Union Square.

On Saturday afternoon, March 25, 1911, about five hundred employees were at work making shirtwaists—the high-necked blouses worn by working women of the day. At 4:30 pm there was a muffled explosion. Smoke poured out of eighth-floor windows. Within minutes flames ranged out of control; girls jumped to certain death from windows high above the street; locked exits and a fire escape that buckled under the weight of fleeing workers blocked escape. 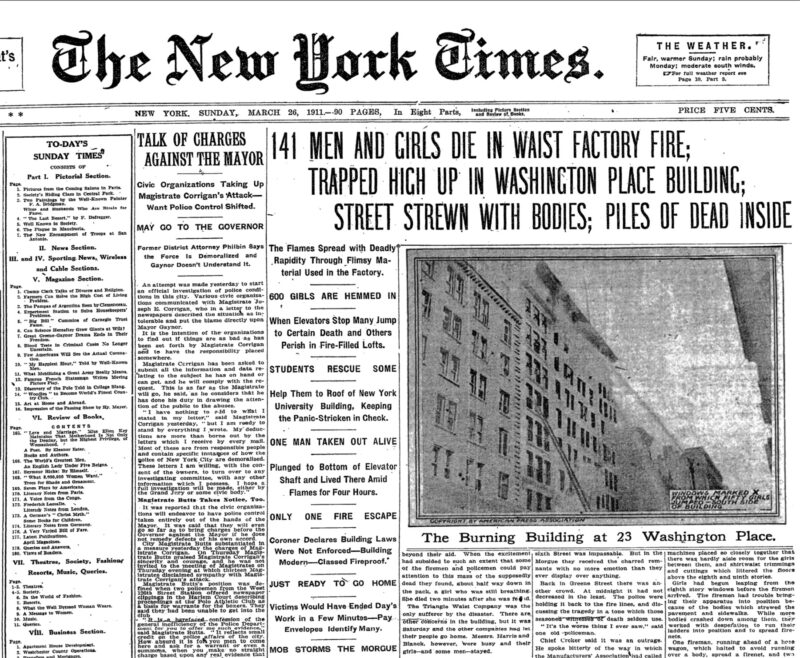 Image courtesy of the New York TimesThe fire lasted only eighteen minutes and killed 146 workers, most of them Jewish and Italian teenaged girls.

The tragedy shocked and outraged the nation, and out of the crucible of the Triangle Fire a strong working-class movement grew. It pushed politicians to accept a new notion of the responsibilities of government. The extensive work done by the commission set up to investigate the fire–the New York State Factory Investigating Commission—ultimately resulted in the passage of thirty-six new labor laws, the foundation of New York State’s Industrial code, and an industrial safety model for the nation. 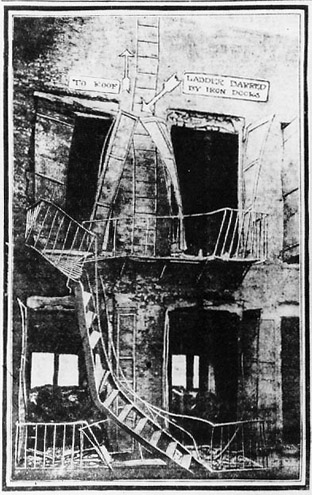 This image of the mangled fire escape in the aftermath of the Triangle Fire was originally captioned “the worthless fire escape,” and it has been used ever since to rouse support for laws about workplace safety.

The garment workers union has held a memorial to honor the memory of those who died in the fire every year since 1911, and the flyer for the March 25, 2003 rally featured this photo of the mangled fire escape. 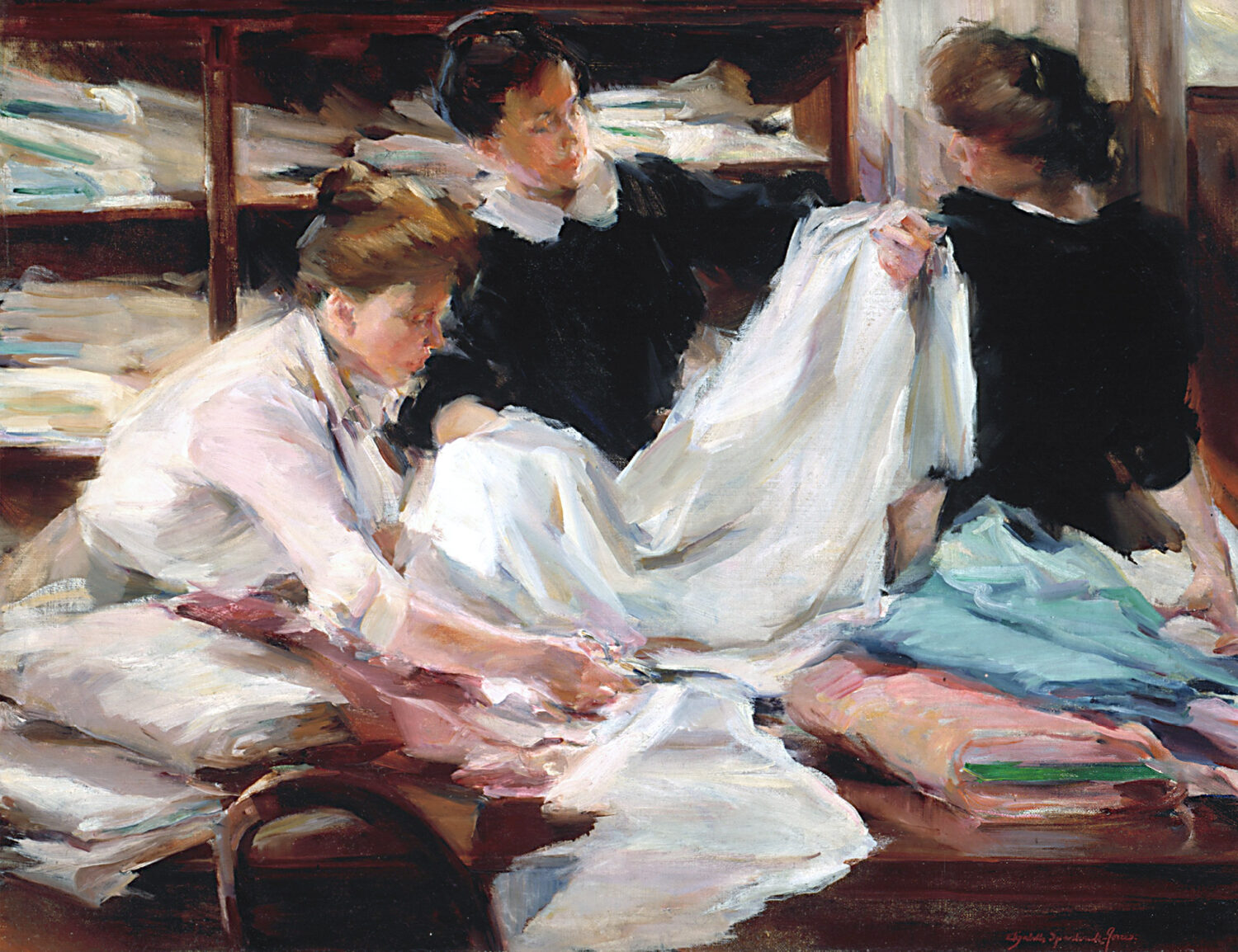 Poster published by the New York State Department of Labor in the 1980s,
photograph of poster by Teddy Fung.

The artist Elizabeth Sparhawk-Jones painted this in 1912, shortly after the notorious Triangle Fire, and it was reproduced in a poster series from the New York State Department of Labor in the 1980s. The text from the poster is still important:

“Over the years, radically different images have helped to shape America’s ever-changing view of the world of work. Perhaps nowhere is this phenomenon more evident than in the mixed signals America has sent to working women throughout our history. Shopgirls, painted in 1912, is representative of the last vestiges of Victorian America. The reality for many working women in the early 20th century was confinement to jobs where they were routinely exploited—especially those who worked in mills and factories up to 70 hours a week for three dollars or less.”

“Around the time Shopgirls was being painted, 154 workers, mostly young women, died in the notorious Triangle Shirtwaist Company Fire of 1911 in New York City…”

“The history of America’s working women is a history of the advocacy of sharing, the right to vote, the right to unionize, the welfare of children, and the extension of human rights to all. Despite the obstacles, despite the stereotypes imposed by society, theirs is a revolution still in the making.”