Diego Rivera mural from 1938 showcasing major players in the conflict which led to the U.S. Civil War. 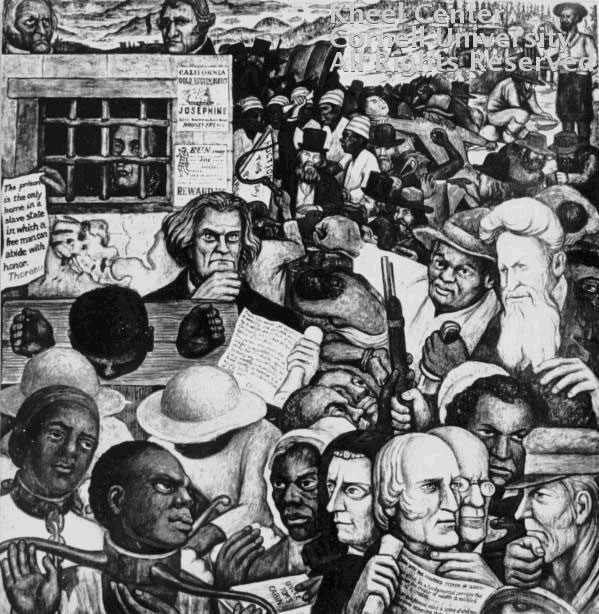 Diego Rivera, who created a series of murals which hung first in New York City’s Rockefeller Center and later in the ILGWU’s recreational retreat, Unity House, noted in his 1934 book, Portrait of America, that “mural painting must help in man’s struggle to become a human being.” What better description of the world wide quest for civil rights which continues to this very day.

In this panel those pictured illustrate the many factors which led to the U.S. civil war between the North and South. Among the many portraits are the slaves torn from their native Africa, John C. Calhoun, Henry David Thoreau, John Brown Nat Turner, Frederick Douglas and Harriet Beecher Stowe, all major players leading up to the irrepressible struggle.