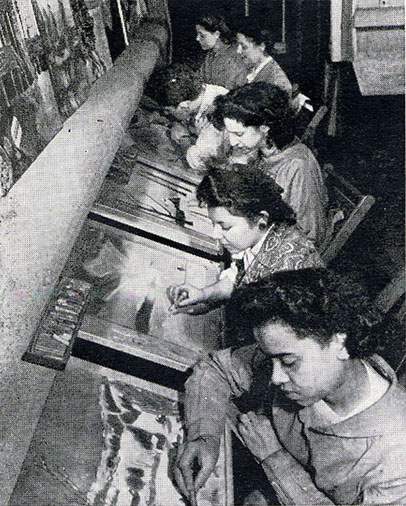 From its very inception, the ILGWU has had a deep and abiding connection with artists and with the arts. The Union supported artistic and cultural expressions during its earliest years as dressmakers (originally blouse and skirt workers) embraced opportunities to hear great music, poetry, and other artistic forms. That support for creative endeavors continued over time and persists to this very day, as the union stands with only a few others, stressing not only the importance of feeding the body but feeding the soul as well.

Drama, classical music, and art are among the areas the ILGWU pioneered programs for its members. For example, beginning in the 1930’s Labor Stage, a company of union workers, created the musical revue Pins and Needles, which ran for several years. The Union purchased large blocks of tickets which enabled members to hear outstanding artists including Leopold Stokowski of the American Symphony Orchestra. It also provided continuing opportunities for members to see great art such as the Raphael Soyer paintings of life around Union Square.

Unity House, the vacation retreat which the ILGWU built in the Poconos, became a venue for rest, recreation, education, and pleasure. The African-American Hall Johnson Choir performed in its Social Hall. Union President, David Dubinsky, invited the famous architect, William Lescaze, to design a theatre, main building, and residence at Unity House after a fire in the 1930s. Diego Rivera murals – with social and political themes—were purchased and placed in the main building at Unity House.

Simultaneously, other artists have depicted labor’s activist endeavors, preparing scenes that highlight demonstrations or showing workers at work or simply celebrating everyday life or painting portraits of individuals who have made indelible contributions to the movement’s ongoing struggles on behalf of working people. Ben Shawn, Diego Rivera, Ralph Fasanella, Ansel Adams, Joseph Sloan and Ernest Fiene are illustrative of this group.

These experiences served as a catalyst encouraging the more average workers to express themselves in art classes held in union halls, museums, or other venues. They also reinforced the worker’s commitment to the Union as artistic expression became an integral part of the Union’s activities. They gave power and meaning to the Union’s everyday activities, making work part of a larger mission seeking to enhance the quality of life for all.

The creativity of songs, for example, has been a constant source of strength and solidarity of the movement. Most meetings ended with the mass singing of labor’s version of the anthem, “John Brown’s Body”—“Solidarity Forever,” with lyrics written by Ralph Chaplin. The name and legend of the martyred Joe Hill are linked to the songs that enriched the Industrial Workers of the World (IWW). The post-World War II period witnessed the entrance upon the cultural horizon of The Weavers, the quartet featuring the inimitably creative Pete Seeger, who still graces our cultural life. 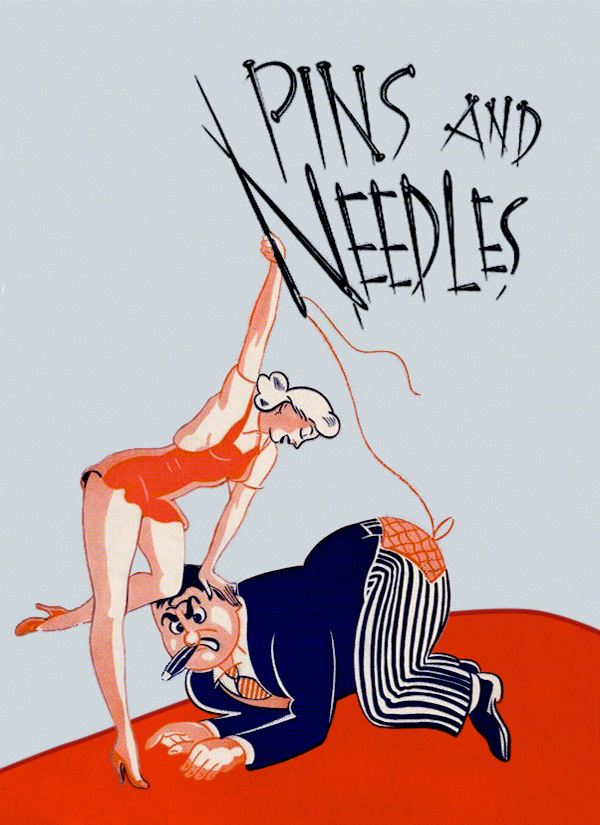 Another musical form that has had its influence on labor—and vice versa—has been the musical revue, most notably featured in the ILGWU-sponsored “Pins and Needles,” with words and music by Harold Rome, the cast for which was drawn in good measure from the ranks of ILGWU workers. The show was the source of a number of “hit” songs that, in turn, furnished the material for a record featuring the then-rising star, Barbra Streisand. It is worth noting that one of the co-directors of the Labor Arts website—Henry Foner—co-authored with Norman Franklin the second labor musical, the post-World War II, “Thursdays Till Nine,” sponsored by the Department Store Employees Union

We focus here on three characteristic examples from among the great number of cultural initiatives undertaken by members and leaders of the garment workers over the past century.