Maida Springer and the struggle to save the FEPC, circa 1946. 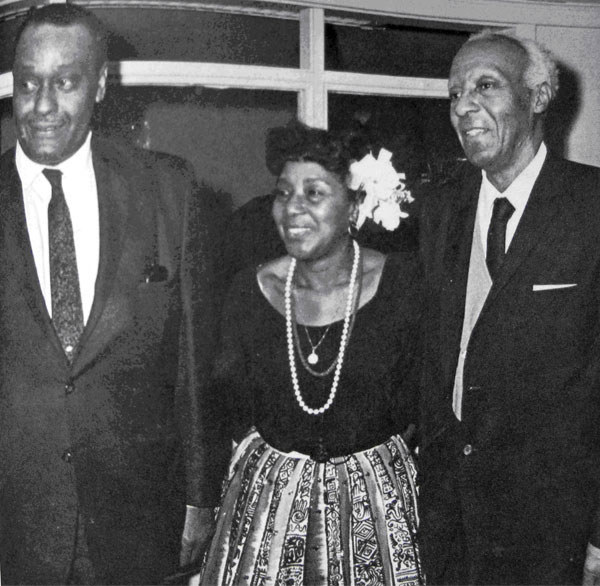 Realizing that the Fair Employment Practices Commission (FEPC), which had been brought into existence during World War II by action of President Franklin D. Roosevelt, was in danger of passing into history, A. Philip Randolph asked the ILGWU to help. Local 22 manager and ILGWU executive board member Charles Zimmerman released Maida Springer (shown here with her husband, James Kemp), from her duties as Business Agent in order to head up a broad campaign to promote the extension of the FEPC to the status of a formal, fully funded federal agency. He also asked her to organize a mass rally at Madison Square Garden. for that purpose in 1946.

Randolph was the nation’s preeminent spokesperson for African-American trade unionists at the time, and Springer’s mentor throughout her labor leadership career. Springer—although reluctant to take up the assignment –succeeded in bringing together Eleanor Roosevelt, Orson Welles, Fiorello La Guardia and Roy Wilkins, along with 17,500 other supporters, to the Madison Square Garden rally. The combination of these activities helped persuade a reluctant President Roosevelt to grant FEPC the required federal agency standing, which it has maintained to this day.

Springer’s time as a business agent in Local 22 and as an organizer in this campaign were early steps in a progression which took her into the highest ranks of the union, and as the ILGWU representative to African trade unions and to a number of national and international organizations.