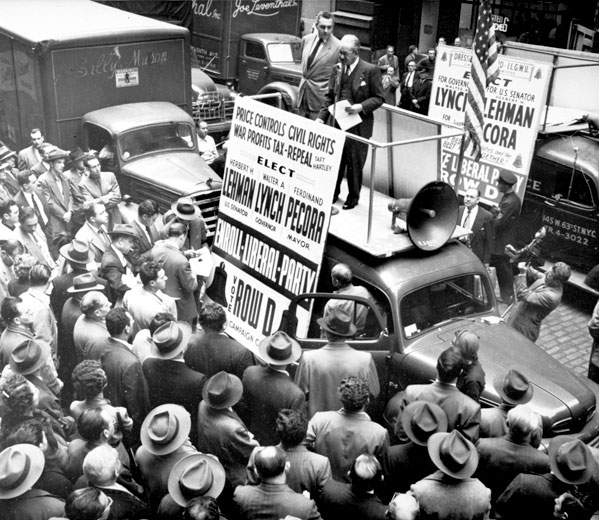 The ILGWU and fellow labor activists periodically focused on city and state politics as a venue for the fight for workers rights, particularly during the years when first the American Labor Party and then the Liberal Party influenced municipal government in New York City. During the 1960s the Liberal Party was practically alone in its support of Mayor John Lindsay, and it played an important role in gathering support for progressive legislation.

Here, workers hear speeches from representatives of the Liberal Party standing on a truck-mounted platform in New York City’s garment district. Signs show the speakers were promoting civil rights, supporting price controls, and calling for the repeal of the anti-labor Taft-Hartley Law, which is still in our nation’s books over 60 years after it was enacted.