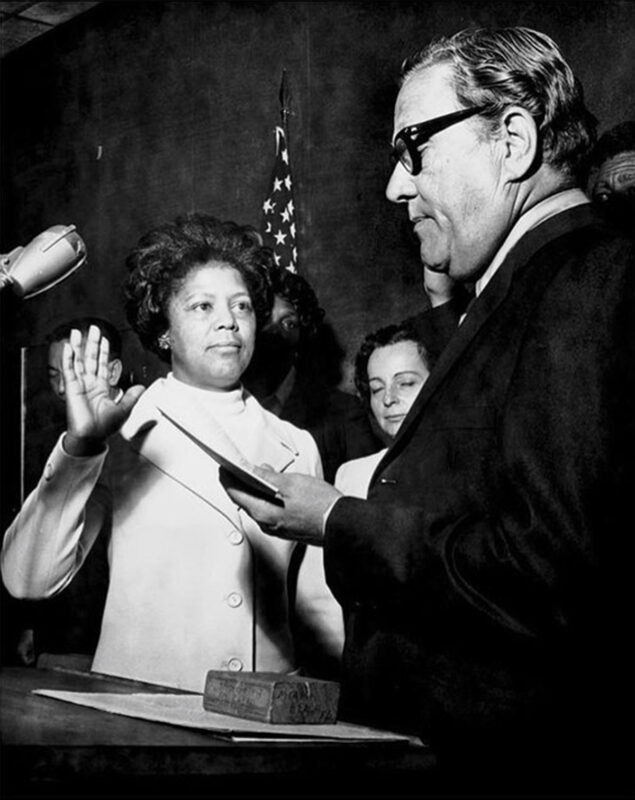 The ILGWU’s record on civil rights appears to be decidedly mixed. Its long-time mission continues to be to improve the lives of working men and women in its largest arena—the shops where they find employment. Simultaneously, the union consistently moved beyond improving working conditions in the shops to significantly improve members’ lives by focusing on political, social, and educational issues.

The ILGWU took the lead in supporting and cooperating with the efforts of other organizations to transform society—recognizing the power of collaboration to encourage and sustain social change. Its relationship with A. Philip Randolph in championing the rights of African-American workers is noteworthy. The pioneering efforts of Maida Springer to empower trade unions and their members in Africa deserve special mention. Its cooperation with activist organizations—the National Association for the Advancement of Colored People (NAACP), the Congress of Racial Equality (CORE), Southern Christian Leadership Conference (SCLC), and Student Non-Violent Coordinating Committee (SNCC)—in the struggle for ending racial segregation and expanding civil rights in the 1960’s—became a standard for the larger trade union movement. Other unions also walked picket lines, joined the famous 1963 March on Washington, and contributed substantial funds to this historic movement for social justice.

However, given a membership that was overwhelmingly female and increasingly consisted of people of color, allegations that the union was slow to encourage opportunities for upward advancement of women and minorities into leadership positions within its own ranks had special significance. Further, these allegations extended to the actual workplace where members’ demands for access to higher-skilled jobs found little, if any, union support. Led by Herbert Hill, its Labor Secretary, the National Association for the Advancement of Colored People exerted external pressure which may well have influenced internal actions to increase the numbers of minority members assuming leadership roles within the union and expanded job opportunities within the shop environment.

The ILGWU was not alone among the trade union movement in addressing these issues, and time will assess its record against those of its counterparts and the prevailing views of the day.