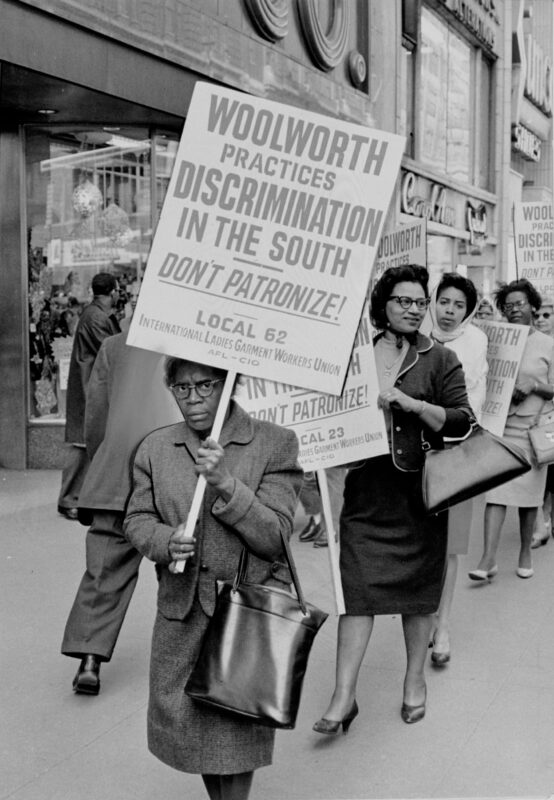 In April, 1960, college students in Greensboro, North Carolina protested the refusal of the Woolworth’s store there to serve them at its lunch counter, setting off a nation-wide protest which lasted until the store changed its policy.

Thus began the Civil Rights movement of the 1960’s, following earlier efforts by the National Association for the Advancement of Colored People (NAACP), and led by the Congress of Racial Equality (CORE), the Southern Christian Leadership Conference (SCLC) and the Student-Non-Violent Coordinating Committee (SNCC).

The ILGWU’s locals joined with labor, civil rights and religious groups in protesting this policy. Here, members of the ILGWU’s Local 23-25 march outside the Woolworth’s on Harlem’s 125th Street.