Labor Day Parade with signs calling for support of undocumented workers and for the union label, circa 1981. 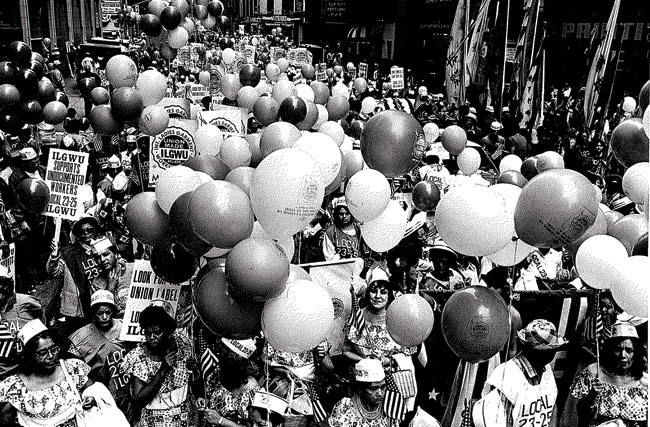 The ILGWU contingent in a Labor Day Parade with signs “ILGWU Supports Undocumented Workers.” The ILGWU was one of the few unions in the labor movement that maintained a consistent policy in support of undocumented workers. Note also the sign publicizing the union label, the campaign for which stimulated the writing of the song, “Look for the Union Label” that became very popular both in and outside the union.

Labor Day has waxed and waned in popularity since its founding in 1882. Union members across the nation parade to express their solidarity and support for workers who may be on strike at the time, and to remind the public of the important role that unions have played and are playing and the benefits they have brought to the entire population.